Homeowners can expect to pay an average of $5,400 for a new central A/C unit. If you're trying to make the best investment for efficiency and longevity, you'll want to do some research. A ductless air conditioner might give you a better deal.

In the U.S., most air conditioning units are either central air or window units. In other parts of the world, however, ductless, mini-split A/Cs are more common. These units come with a unique set of advantages (as well as some disadvantages).

The differences between the two systems will determine how much you can save on your bill. By the time you're done reading, you should have an idea as to which would solve your heating and air conditioning dilemma. 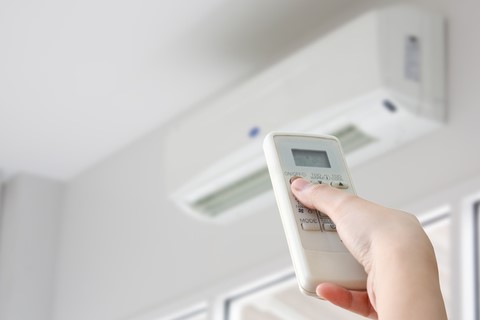 The ductless, mini-split air conditioners work under the same premise as central ac, only in a compact system. Rather than needing a large fan to pump air throughout the home, it only needs a small unit to pull cold air directly inside. The outdoor unit is going through the same process as the central air conditioning unit, but it's mounted on the outside wall.

The refrigerant travels in small tubes to the mini-split on the other side of the wall. One ductless A/C compressor can connect to more than one mini-split box, but it will depend on the layout of the home.

Ductless mini-split units also have the capacity to heat rooms so that you can turn down your thermostat in the winter and still be warm in the rooms you use in your home.  This leads to added utility cost savings.

The first consideration you need to make when deciding on which system works best for you is if you have ducts in good condition. If you don't need to install or replace your ducts, then it may be best to just replace/repair the existing HVAC equipment. If you don't have any ducts in your home or are building a new home, consider going ductless.

Installation of ductless air conditioning is a less involved process. All you need is a small hole on the inside and outside wall of where the ductless system will go. Ductless units can get installed in specific areas of the house that face more of the sunlight.

This can create an opportunity for a huge cost-savings based on heating and cooling by need. You can only adjust the temperature of central air systems based on the reading from the middle of the house. Your bedroom might feel like 80 degrees Fahrenheit, while the air conditioner says 73F.

With a mini-split unit, you can control the temperature by room and only have it turn on when it's occupied. Imagine all the wasted energy by central air conditioning systems, keeping guest rooms/bathrooms cool with no occupants.

If you're considering a ductless air conditioner and have a large home, you'll need to do a little math first. Remember, ductless systems are meant to cool rooms one at a time. They can cool an average sized living room, but not multiple rooms, especially if doors are closed often.

On the other hand, central air conditioning systems leak energy like a sieve. The ducts, no matter how well the insulation, will give up some of that cooled air. A mini-split offers zero energy loss because the cold air blows right into the designated room.

The air handler on the inside for central ac units is out of sight, out of mind. What is easy to overlook, though, is that you're losing out on an entire closet. This is huge for homeowners who don't have a large home.

New homes being built should consider the space being occupied by both the outside and inside HVAC units. Even though ductless air conditioners take up their own spaces on the wall, they're usually installed out of the way. You won't need to worry about fighting for wall space to hang grandma's picture.

Plus, these units are pretty low-profile and they can often blend into the home's interior. Installation of a mini-split air conditioner takes a fraction of the time to install as a central air system, even with ducts already in place. The air conditioner contractor will need to inspect the ducts, move heavy equipment, and perform various diagnostics.

In contrast, the ductless installation really comes down to making the proper measurements on placement, drilling the hole, and mounting.

When you get down to it, the biggest obstacle for most air conditioning purchases is cost. Ductless systems have a higher upfront cost, overall. But, new ductless systems may qualify for rebates, so you'll want to check into that.

Long-term savings must get calculated for each system, too. This figure is harder to define, as it varies on home, location, and lifestyle. In general, you can expect to save around 30% on your bill by switching from a conventional HVAC system to ductless.

If your electric bill averages $3,000-4,000 a year, that's a huge savings. Your ductless system will basically pay for itself in less than a decade and you get a superior cooling experience. This can also translate to an increase in property value, which is another figure you'll have to think about.

If you need help finalizing your decision, you can schedule a quote with us. We'll help you nail down the cost estimates for either system and which will suit your needs. Once you have a solid estimate, the rest will be a breeze.